Facing Significantly Not As Described PayPal Dispute? This is How to Fight Back and Win 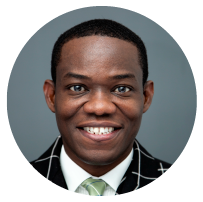 Customers file an “Item Significantly Not As Described” (SND) dispute when there is a misrepresentation on orders, such as a defect, damage, counterfeit, or incomplete merchandise. And you can win such disputes with the simple hacks in this article.

It’s no secret that many dubious customers use the “Significantly Not As Described” PayPal Dispute to defraud e-commerce merchants.

It happens a lot. And a great many merchants don’t know how to stop their unhappy customers.

If you scrape the internet with the “Significantly Not As Described” PayPal dispute keyword right now, you’ll find loads of heartbreaking merchant stories of lost revenues.

Some believe that the way PayPal designed the Significantly Not As Described dispute mediation process gives customers the excuse to commit friendly fraud. Their dispute mediation rules seem to create a Lollapalooza effect on people who ordinarily would not resort to such action to go ahead and do it anyway, because they’d likely get away with chargeback claim.

The sad reality about “Item Significantly Not As Described” PayPal Disputes

Our readers have confirmed that the SND PayPal dispute is a consumer right. As long as you are an e-commerce vendor, you could be liable for items significantly not as described dispute and chargebacks. Here’s one case study of a false merchandise Significantly Not As Described PayPal dispute as shared by one Blu Ray Waffles:

I recently sold a bike to a guy for $1000, and he claimed that I advertised the wrong bike and that it was a different model. Once I proved him wrong, he then went to PayPal customer support, and they gave him his money back (even though I had tons of proof that the listing was right), and he then shipped the bike back.

I just got the bike in the mail, and there are dents all over the frame and scratches everywhere, and there is no way I can sell that bike.

In a similar classic “Item Not As Described” incident, Millstone shared thus:

“We’ve started to see a trend; a buyer purchases your item, then files a chargeback to the credit card company. The money is taken out of your PayPal account with PayPal fees, and you have NO recourse. The buyer will come up with a lame excuse such as “item significantly not as described,” not received, etc. PayPal (pretends) to be your support and will guide you through all the steps. Trust me, I am very organized and provided ALL the documentation to prove my item was "AS DESCRIBED,' but they found it in favor of the credit card company, deducted the money from my pay-pal account, plus fees (for the time involved). I have not received the merchandise (part of the scam), AMEX has refunded her money, and all in all, I lost about $420. Pay-pal comment: It’s all part of doing business; you have your profits and losses. You take chances when you accept credit cards. What they don't tell you is it is happening more and more.”

With the recent disruptions happening worldwide due to the pandemic and its incidental economic strains on people, digital fraud is now like living through calendar days. Statistically, industry records have shown that false customer disputes, also known as friendly fraud, account for 70% of all credit card fraud. That equates to over a $132 billion deficit on the digital commerce ledger annually. False customer disputes is the leading cause of chargeback fee, with a year-on-year increase of 41% over the past two years.

What constitutes Significantly Not As Described PayPal Dispute?

As we highlighted above, PayPal established the SND dispute category as a consumer protection tool to resolve customer issues. It helps buyers who received a completely different item from what they ordered to seek remediation.

For example, a customer ordered a brand new Macbook pro through a gift card from your store. But the shipment they received was either used, impaired, counterfeit, not functional, missing a gift part, or not the exact specification you listed.

With the SND protection, they can launch a Significantly Not As Described PayPal dispute process against you to arbitrate such misrepresentation or damages. Historically, PayPal only placed a charge on the dispute if the customer escalated the case to a claim or filed a chargeback through their bank or debit card company. But with the introduction of the new PayPal disputes policy, every dispute for transactions processed either through a buyer’s PayPal account or through a PayPal guest checkout now attracts a fee. The fees range from $8 to $16, depending on the merchant’s dispute rate at the time.

For more clarity, below are some examples of claims that will not qualify as a Significantly Not as Described claim according to PayPal’s terms of service:

How to respond to a Significantly Not as Described PayPal claim

During the period of the arbitration, PayPal will place a temporary hold on your funds to stop all unauthorized transactions. They will keep this hold in place while working out the differences with your customer and will only release it if the dispute goes in your favor on providing compelling evidences.

If you determined that you have a legitimate case, and the Significant Not As Described claim was bogus, use the following simple steps to fight the item dispute:

Documents to include in your dispute mediation includes as follows:

Note, PayPal has made it that once you upload the files, you won’t be able to view them again – you’ll only see a summary of the information you’ve submitted.

Win Item Significantly Not As Described Claims before they happen.

According to Peter Thiel, all failed companies are the same: they were unable to escape competition. But when you talk about e-commerce businesses, you can add chargeback and customer disputes as one major cause of business failure. PayPal dispute is a clear existential threat to vendors today.

And it makes smart business sense to fight them before they even happen. Whether you are struggling with dispute mitigation due to increasing volumes or a lack of the understanding of how to ride the wave, there’s a proven method to guarantee a high level of PayPal dispute management success! Chargeflow’s PayPal dispute and chargeback automation service provide e-commerce merchants a military-grade fraud detection and automated chargeback management services.

Now’s the time to raise the bar on business growth. And not let Significantly Not As Described PayPal dispute and chargeback schemes weigh you down. It's a no brainer; get started with our freemium packages and make up your mind with more cases won in your favor.